Soichiro Honda was truly fond of Ayrton Senna and Ayrton had the utmost respect for him. Both of them had strong personalities that managed not to clash; rather they channeled energy and determination toward a common goal: winning and doing it in their own unique ways, many times risking everything, all of nothing sort of mindset, yet always learning and improving. In such regard it is significant one of Mr. Honda most popular quote has always been: “Success represents the 1% of your work which results from the 99% that is called failure”.

This has set the DNA of Honda as a company focusing on consistent innovation along unexplored pathways. Because of all of this it should come to no surprise what the McLaren – Honda team has been struggling with during the beginning of the current Formula 1 season. As described recently within the pages of the authoritative AUTOSPORT, Honda has gone radical while confronting the massive challenges and opportunities of the new Formula 1 hybrid engines regulations “Technical insight: Honda’s radical Formula 1 engine for McLaren” .

Besides, and this is another Honda organisational culture characteristic, the Japanese manufacturer has always preferred to develop know-how from the inside rather than importing it from the outside. In other words: there is method to their work, yet it is their very own method, it is their own way to work, test, explore, develop and apply knowledge. All of this can turn out to be either apparently messy from the outsider and/or time consuming at least in the early phases of a project development. Challenges and risks are probably tackled keeping in mind Soichiro Honda lessons. It is to be remembered that Mr.Honda’s way, after many leaning-in-the-process failures, at last prevailed developing from nothing one of the most important automotive organisations in the world.

This is Honda DNA set to integrate with the McLaren one. During the last 30 years McLaren boss, Ron Dennis, has shaped an organizational culture characterizing it  by a relentless focus on winning. Winning through an organizational through a methodical, meticulous, almost paranoid organizational approach focusing on details; no much room for experimentation. To note that McLaren-Honda has scored utmost success during the late 80s and early 90s and this has been possibly the inspiring power to this renewed partnership.

Since then F1 has changed in many ways: everything is more complex, more challenging from a technical and managerial perspective, massive yearly investments in technology and marketing have overpowered the sport while little room has been left to actual experimentation and risk taking on the field (it is a matter of fact that today actual tests on track have been reduced to the very limit and by now it is more an entertainment vehicle to make money rather than a sport, hence its current struggles for identity and survival). Given this context Mr. Honda would have probably not even taken the F1 challenge, the current Honda management has decided otherwise and not they are tackling the challenge their own way.

The clash of cultures between McLaren and Honda has been at first simmering and then progressively rampant since the beginning of the new joint project (and it has all become even more quirky and mysterious with the still not fully explained Alonso crash at Barcellona during a preseason testing session) while results have been in dismal. Yet as recently pointed out by Eric Boullier (McLaren team Racing Director) McLaren itself has begun to learn to understand Honda’s DNA and this has contributed to a perception of marked progress and concrete potential of the overall team still among dismal performances. As recently reported in AUTOSPORT “McLaren F1 team making strides in its understanding with Honda”

Soichiro Honda strong character has no doubt left a legacy within the company, McLaren seems to make the best out of this to reach the level of performance it consistently aims to. We will see the results; it is a very interesting process to follow. If McLaren will manage to keep in line the focus on the overall operational processes while Honda manages to express the best of its strength (technology in engines and making sure to not fail again into the chronic and eventually eroding lack of performance that characterized the life of its own team during the mid 2000s) surprising results could come soon.

To note also that Alonso and Button (even if they actually are working as a team) possibly do not have the team involving and contagious passion for a relentless quest of unique excellence that Ayrton a Senna and Soichiro Honda shared during the glorious world championship winning seasons.

Nevertheless, since in  organizations it is always awareness and interdependence of strengths from several parties that produces and reaffirms success, McLaren and Honda might have the ingredients to do that and might have begun moving in the right direction.

Stay tuned for thoughts regarding this intriguing developing story: soon we will share some reflections regarding the unique role that Eric Builler has in all of these dynamics and why only a person carrying his character and professional skills can spearhead an effective winning interdependence among McLaren and Honda very distinct organizational cultures.

An unfolding update to the story from Autosport on July 15th 2015: “Honda will not hire outside help to boost F1 effort with McLaren”  pointing out once more that Honda wants to develop the project without hiring any outside help. On one side this can slow the development process pace, on the other one it can strengthen the capability to achieve and sustain success in the mid to longer term. Now the plot thickens here: will it ever be a long term commitment to the project by Honda top people? The company seems to be more involved than ever to fend off issues related to automotive technical and, it is todays’ news, also financial services troubles in the USA “Honda to pay $24 million for discriminatory lending”. Overall this is not helping at all not only the balance sheets but also, and may be more relevant, the brand. How does F1 current troubles play within all of this? The legendary Sochiro Honda is no longer around to push ideas and action with his steely vision and determination and at the same time Bouiller is quite vocal also with the media (or may be mostly with the media) on pressing Honda to perform. I bet that things will unfold in a definitive direction or the other by F1 season’s end. 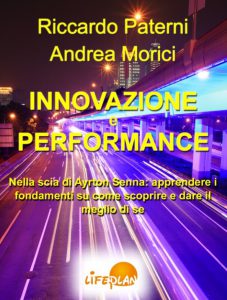 The conference I moderated at the University of Pisa on the topic International business development. Is there a common enlightening and empowering trait? featured interaction among the International MBA students and a panel of four entrepreneurs and managers active on the global market in different fields (mechanical industrial, fashion, new technologies applied to health management and improvement, services for patent and innovation development) from the start-up to the major corporation.

Three have been the common traits emerging strongly from the debate: innovation, teamwork, talent. All of them related to the overall need to create value in the perception of the customer, and the customers are not all alike even within the same sector.

Innovation. It is not just fashionable or trendy, it is a must demanded by a market in continuos dynamic evolution and increasingly  demanding from several points of view. Innovate to personalise to the customer needs while increasing efficiency and managing to slow down a progressive, almost inevitable, shrinking of operational margins almost across all of the sectors.

Teamwork. It is increasingly the essential leverage to performance. Both at the technical or managerial level, without the ability to lead stimulating actual teamwork turns into an ineffective and dangerous for survival waste of resources.

Talent. Creating value through innovation and teamwork nowadays depend on talent. The ability to express top level performance in a consistent way. To note that within the debate we have had different perspectives on talent selecting and managing: is it better to have top talented people with low interpersonal skills (even nasty) or talented-tending-to-average people with effective interpersonal skills? Some have had no doubt: it is part of the job description of a manager to handle ‘nasty’ talent and make it effective even within teamwork. Some have stated that in any case the development and focus on international skills for anybody is paramount.

The interaction among professionals and the MBA participants has been strong, stimulated by all of this. Overall a concept has been clear: international markets are changing and shifting at an increasingly speed. There is the need to consistently analyse where is the best place, the best contexts, where to develop production, sales markets, financing projects.